Schedule a meeting with our digital marketing strategist for a Free Consultation. 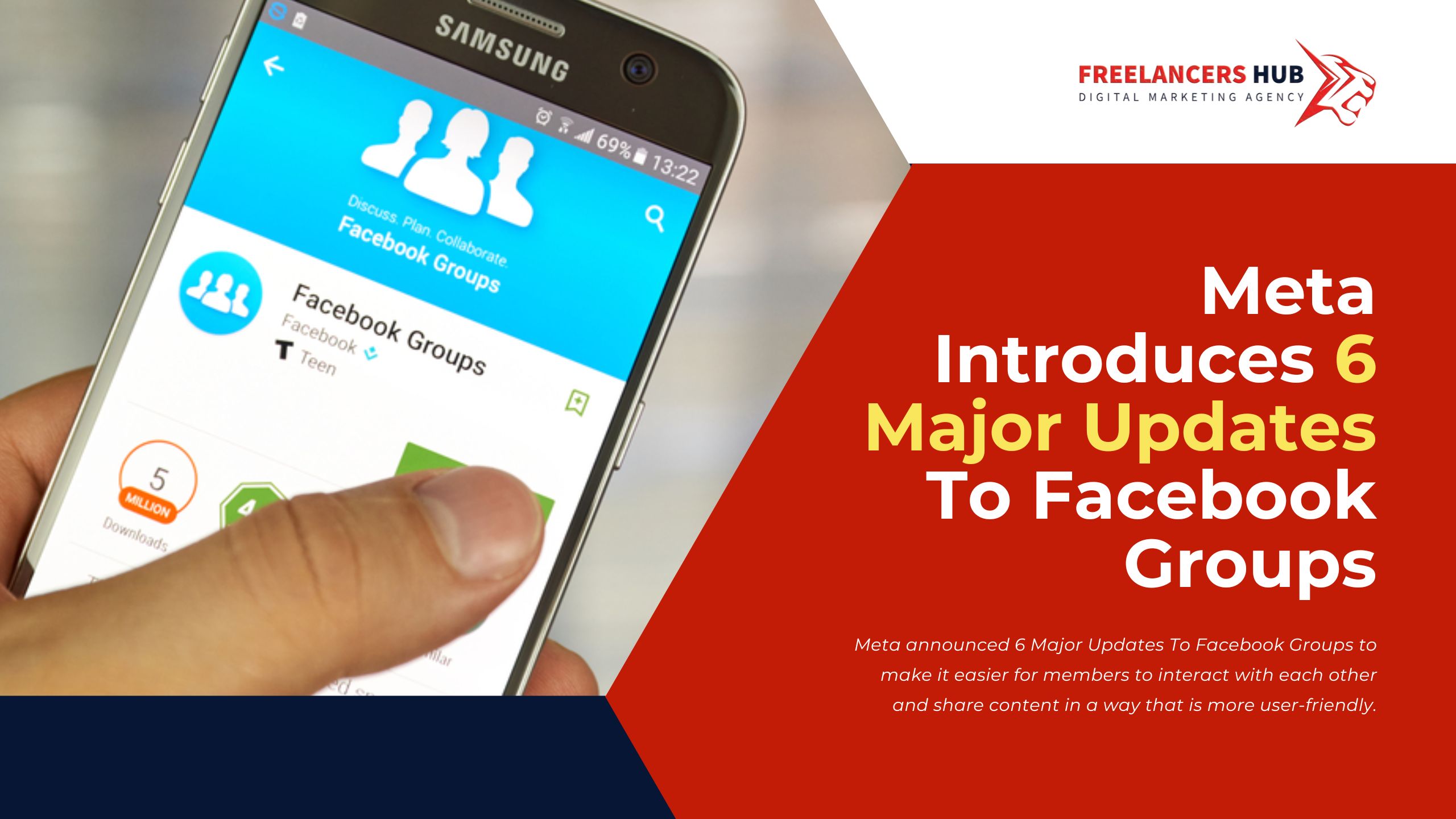 The social networking giant Facebook or Meta has announced a lot of updates and new features for managing Facebook Groups.

These new Facebook updates include tools designed to help admins develop the group’s culture better, as well as several other additions like subgroups and subscription-based subgroups.

Additionally, real-time chat for moderators, support for community fundraisers, and more are also included in the update.

Here are some of the features and Facebook update 2022, including:

One of the latest Facebook updates that happened recently was adding reels in Facebook groups. Reels offer users a way to express themselves and connect with others in their communities through innovative and immersive videos.

With Reels now available in groups, members of any community can share information, tell stories and click on a deeper level. For example, people in a makeup-obsessed group could share their latest methods and beauty tips with other members.

Admins and members can also add creative items such as audio, text overlay, and also filters on their videos before sharing to bring their stories to life.

You can now share public Facebook events to your Instagram story. This is a nice way to promote your community and get people involved in what you’re doing.

Whether you’re a group administrator hosting a meet-up or a member sharing passion with friends and family, this new feature can help you reach a wider audience.

Another great initiative that Meta took was to enable customization for your profile.

This update will give group admins more control over the look and feel of their groups and will allow them to customize the experience for their members better.

This is an excellent update for those who want to make their groups more personal and unique, and it should help to foster a more engaged community around each group.

Community members can score points by participating in an active role with responsibilities or by receiving reactions and comments on posts.

For instance, gaming communities can recognize helpful tips that other members share about a feature, game, or character which is new.

By accruing points, top contributing members will get badges to feature on their group profiles, making it effortless for admins to select members for roles.

Also, Active members of the community who help others feel welcome, connected, and motivated to contribute can be recognized for their efforts.

For example, people in music festival communities can be recognized for sharing their festival experiences and encouraging others to do the same by sharing photos and videos.

Admin Assist provides a one-stop shop for tasks such as setting up group governance, creating and managing event pages, and requesting or granting mod privileges. This makes it easier than ever for admins to keep their groups running smoothly.

So these are the new updates that Meta has released for Facebook Groups. These updates are sure to help group administrators better manage the community and enhance the group culture.

In an effort to give users more control over the content, they see on Facebook, a feature that will allow members to flag posts they deem inappropriate.

This will give other users the ability to see which posts have been flagged and decide for themselves whether or not they need to view them. The new feature is optional and can be turned on or off in the settings menu.

Private Facebook groups are important for content control. Admins can choose what is visible to group members and what is not. This allows for privacy and security within the group.

Public Vs. Private Group: Which one is Better?

As an administrator of a Facebook group, you should make the group public or private. This is a significant decision, as it will affect both you and the users of the group. Think about the pros and cons of each option before making a decision.

The information available in the group can be easily accessible to outsiders or insiders. Here the group admin can share their views, product descriptions, reviews of the products by existing customers, and more.

By sharing information and raising awareness through these groups, we can help create a better world.

As compared to private groups, public groups have more members. Many Facebook users feel they can skip joining groups but instead visit them to receive necessary information.

As Facebook continues to evolve, it is important that the platform makes it easy for users to access features that can benefit them.

For example, public groups offer users more information without requiring them to join the group. This visibility of content can produce significant organic traffic for the group.

Admins have less control over the visibility of their group’s content. This can be problematic for groups with sensitive or controversial topics. Outsiders are more likely to see the group and post inappropriate comments.

Public groups can be less engaging as compared to private groups. This is because there is a lack of trust between group members, and no personal connection is formed.

The admins may also need help to get the required level of engagement, as this type of group is not favored by many people.

The admins of a private group can control the visibility of their group’s content. This means that only members of the group can see it.

This creates a sense of exclusivity and enhances the relationship between group members.

Private groups are more engaging as compared to public groups. This is because there is a higher level of trust and engagement between group members.

The admins have a better understanding of their group’s participants, which leads to better interaction and participation.

Group admins can use the communication system within private facebook groups to keep a tab on what is happening in the group and communicate with its members more effectively.

The communication system also allows for quick escalation of issues if they occur.

Private groups can be less interactive as compared to public groups. This is because the admins have less control over the content, and members cannot ask questions or share their views.

There is also a need for more engagement as group members feel disconnected from each other.

Private groups have a limited reach as compared to public groups. This is because private groups are not available to as many people on Facebook.

Now that you have known the advantages and disadvantages of public and private Facebook groups, it is time to decide which option is best for your group.

Obtaining further information by make a contact with us

With more than 6 years of experience, our team offers comprehensive creative digital solutions for everyone.

© 2022 FH IT Solutions LLC. All Rights Reserved by Freelancers Hub